Considered to be one of the best bands in the Los Angeles area, we provide live music at its finest. We serve Los Angeles, Orange County, and all of Southern California from Santa Barbara to San Diego with quality professional musical entertainment for wedding receptions, community and corporate events for over 50 years.

Joe Espinosa, Bass guitar, vocals, and band leader. Joe is well versed with all styles of music, particularly swing, Latin, rock, and oldies but goodies. Joe began his musical career in 1962 with Garfield High friends, Marcy and The Imperials. In 1966, he joined The Village Callers, a group of talented musicians from Los Angeles. Joe, Fuzzy Martinez (Chico’s saxophone player) and keyboardist John Gonzales, composed the song “Hector.” The song quickly gained airplay, becoming a hit in L.A. The band performed throughout the L.A. area and made appearances on two popular TV rock ‘n roll shows of the 60’s. In 1968, “Hector” was the theme song for the Watts Festival. Joe is proud to report, that “Hector” was featured in the 2019 Hollywood blockbuster movie “Once Upon a Time in Hollywood” written and directed by Quentin Tarantino.

In summer 1969, Joe Espinosa joined the Sal Chico Band. With Sal Chico’s retirement in 1971, Joe formed Chico Entertainment and changed the name of the group to Chico. Chico has recorded seven CDs and performed the soundtrack for the movie Luminarias. Under Joe’s leadership, Chico has received several music excellence Proclamations and Certificates of Recognition from State Senators, County Board Supervisors, Southern California cities and non-profit organizations. Chico recently celebrated its 50th anniversary on September 26, 2021, and Joe continues to lead and guide the group working extremely hard, day after day, week after week, year after year.

Adolfo (Fuzzy) Martinez, Tenor, Alto, Soprano Sax, Clarinet, Flute, Vocals. Adolfo was born in El Paso, Texas on March 23, 1948, and moved to Los Angeles in 1959. He earned his Bachelor of Arts in Music Education from CSULA (1976) and Master of Arts in Music Education from CSULA (1993). He served as band and orchestra director at Belvedere Middle School for 19 years (1977 to 1996)  and was founder and director of Mariachi Olimpico (youth mariachi). He retired from teaching music at Roosevelt High after 11 years (1996 to 2007). Past groups he has worked with or been leader of include Poverty Train and Fiesta, a Latin funk band. He was a member of Hispanic Musicians’ Salsa Big Band and is proud to say he previously had the pleasure of working with the late great Willie Bobo. Adolfo is an integral part of Chico with his vast musical background and training and his experience with horn and vocal arranging and group leadership.

Serge Kasimoff, Serge Kasimoff  is a classically trained jazz pianist, arranger, composer with a specialty in various Latin music style. He grew up in a family piano business in Pasadena, California. He began classical piano studies at age 8 but was always improvising at the piano. He continued his studies graduating with a bachelor’s degree in music composition from Cal State Northridge. Serge has performed and toured on five continents working with many of the leaders in the jazz and salsa scene including Buddy Rich, Terry Gibbs, Jimmy Witherspoon, Mongo Santamaria, Celia Cruz, Tito Puente, and Ricardo Lemvo. Along with his many interests outside of music he enjoys cooking, dancing, collects books and maps and is fluent in German, French and Spanish. Serge serves as a board member at The Neighborhood Music School (est 1914) in Boyle Heights where his father had gotten his start in music with clarinet lessons.

Gilbert Avila (Papo) Trumpet, Flugelhorn, Congas and Vocals Gilbert started studying music at the age of 9 and overall has been in the music business since the age of 16. He has performed over the years with The Sportsmen Orchestra, Pico Rivera Stage Band, Chuck Freeman and the Drivers and Friends and Brothers Band. He has been a member of Chico for 40 years. His favorite artists are Louis Armstrong, Maynard Ferguson and Louie Prima.

Bertha Oropeza Lead and background vocals. Bertha has been with Chico since 1995 and has a wide variety of experience. She is an accomplished vocalist and was a cast member in the original Zoot Suit. She has traveled around the United States in different musical groups over the years and has been featured on numerous recordings. She excels at delivering a lead vocal on any style of song, plus she is exceptional at vocal arranging and crafting harmony parts whenever needed. She is an inspiration to all musicians and singers, but especially to Latina vocalists.

Martin Medina, drums. Martin has been in Chico for 10 years and brings with him a wealth of experience. His style is funky and lively and he is also adept at blues, Latin rhythms and R&B. He is a native of Pico Rivera, CA and has played with a who’s who in the Southern California area. His credits and experience includes working with the group Backstreet, Lil Ray, The Pistoleros and Soto.

John Cerecedes, Guitar and vocals. John has been in Chico for over 30 years and began studying music in junior high school. His influences have been rhythm and blues, jazz and Latin music primarily and artists such as Tower of Power, Michael Franks, Al Jarreau, Larry Carlton and Cal Tjader. Over the years John has worked with groups such as The Royal Tones,  Treat, Eastside Connection, The Versatile Sounds, Abraxas, Spice and The Jesus Crew. John has worked and recorded with a number of groups in the area, lending his guitar sounds and/or vocals to all styles including R&B, Smooth Jazz and Christian music.

Check out Chico at a venue near you!

Hire Chico to provide live band music at your events in Los Angeles, Orange County, and all of Southern California from Santa Barbara to San Diego. We are provide professional musical entertainment for wedding receptions, community and corporate events. 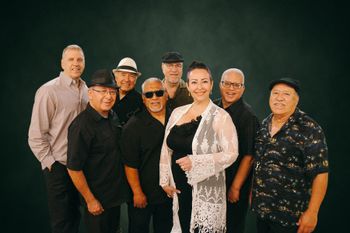 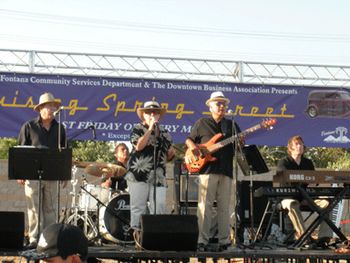 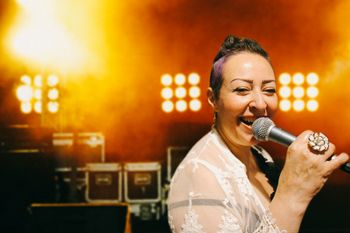 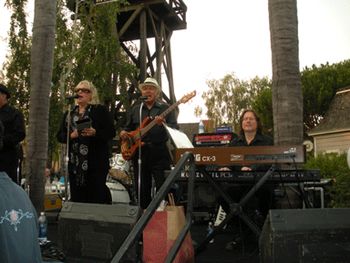 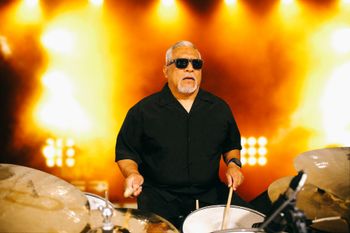 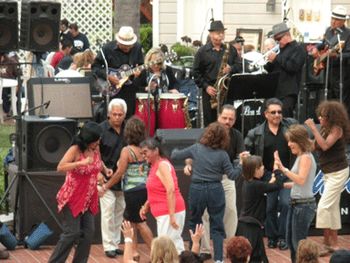 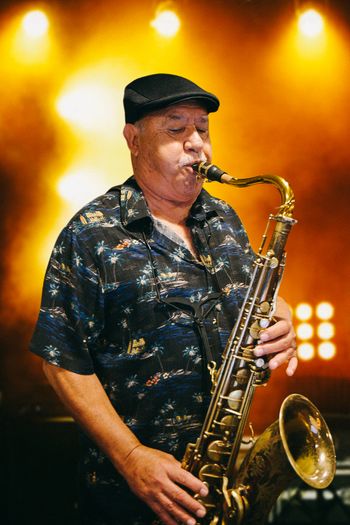 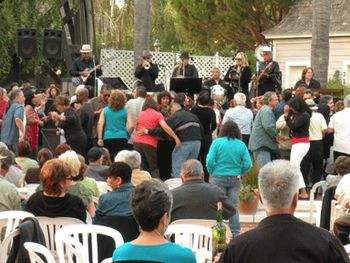 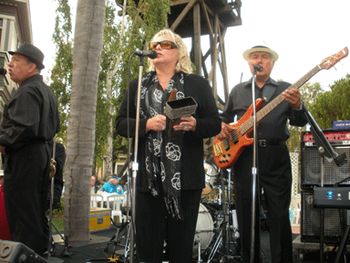 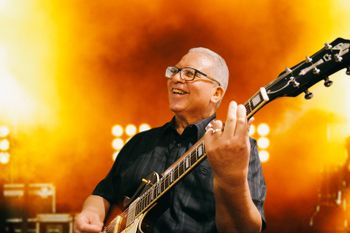 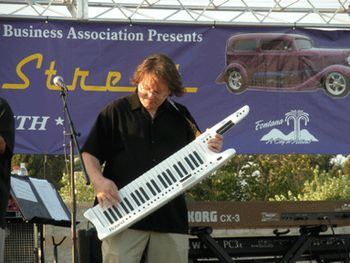 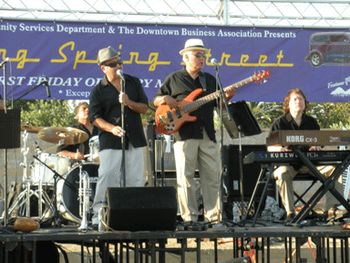 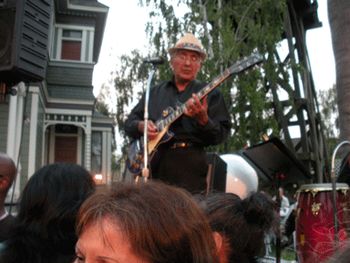 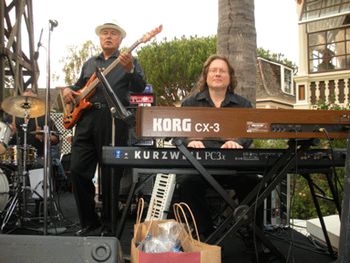 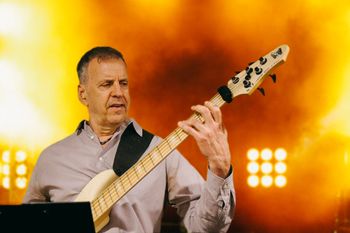